Bundaberg Five Rum delivers something truly special – the versatility of white rum with all the flavour depth of a dark rum.

Variations: Approximately 10,000 individually numbered bottles of Bundaberg Five Rum were released at the distillery with the first 999 bottles numbered 1 – 999, presented in a special gift box, $AUD55 RRP. The next 9,001 bottles were numbered but did not include the gift box, $AUD35 RRP.  Although the official BDC Flyer indicated 10,000 numbered bottles were produced, numbers over 10,000 have appeared.  Bundaberg Five Rum is also available at bottle shops unnumbered as a standard BDC line. 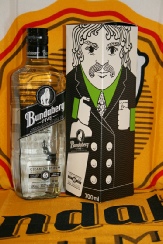