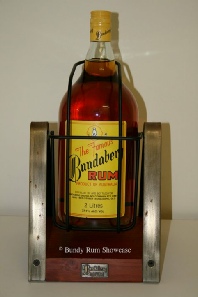 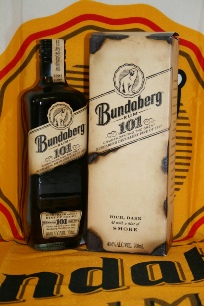 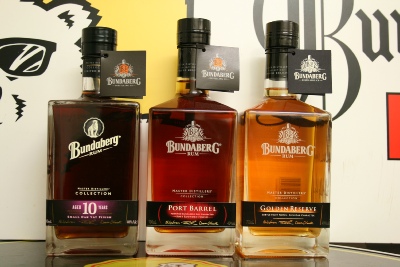 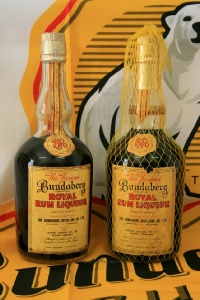 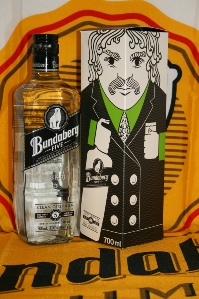 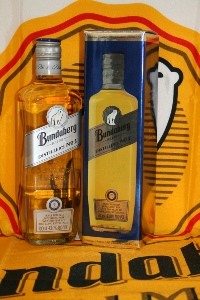 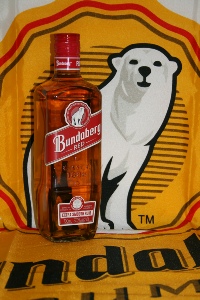 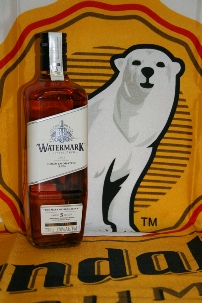 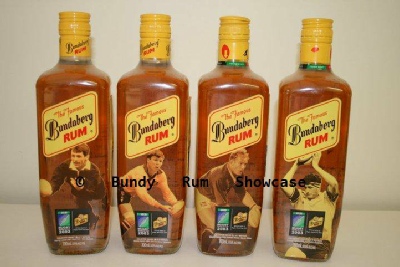 As always we love hearing feedback and opinion about content on our site. What would your Top 20 be? Would you have something in your Top 20 that does not appear in our list?

Drop us a line at info@bundabergrumshowcase.com.au with what bottles you would like to see in the Top 20 and the reason for your choice. You never know, your choice may end up in our next revision of the

20003 Rugby World Cup Captains, released to commemorate the 2003 Rugby World Cup held in Australia. 1 of 4 1987 David Kirk (NZL), 2 of 4 1991 Nick Farr-Jones (Aus), 3 of 4 1995 Francois Pienaar (RSA), 4 of 4 1999 John Eales (Aus). This set was released as individual bottles and 3 different framed sets. The last two of these bottles were also the last time an Alcohol producer were aloud to use drinking games on bottles, these are shown as the green, red and black strips around the neck.

Released 16th April 2011 to commemorate the Queensland floods of 2010/2011 and the spirit of those impacted, the promotional release was enhanced by a series of musical events around Australia by popular artists. Each bottle is numbered and the first 5,000 were released in a special event at the Bundaberg Rum Bondstore. Aged 5 years, 700ml and 37.0%. Limited to 75,000 bottles.

The introduction of Bundaberg red is notable as this rum was a distinct departure from the rums that had been manufactured at BDC for many years. The use of charcoal from red gum trees to filter this 2 year old rum required new plat and equipment to be installed at BDC. The result is a smooth liquid with Bourbon like notes. To promote the new rum Diageo began promotion of a V8 Supercar painted in Bundaberg Red livery, this was enhanced by a range of merchandise and a special label carrying the signature of David Reynolds, the driver. Bundaberg Red Racing was limited to 6,000 bottles.

Bundaberg Distiller’s No.3 is a triple filtered blend of the finest Bundaberg Rum. It differs in colour from the UP and OP rum and is a lighter warm amber colour. The rum displays a nose of mellow citrus, molasses and light hints of vanilla. It has a very clean, smooth and silky finish. Distiller’s No.3 was launched in 2004 and was discontinued in 2009 to allow for the creation of Bundaberg Red. The first 1,000 bottles released at the distillery were numbered.

Bundaberg 5, distilled 2 and filtered 5 times, released 5th June, 2011 at the distillery. First 999 bottles released in a retro Millaquin White rum box. Bottles 1,000 to approximately 10,000 sold without the box. Available in 700ml and 1.125 litre. Significant for being the first white rum launched by BDC since Millaquin.

Bundaberg Royal Rum Liqueur was first produced by Frangos Liqueurs Pty Ltd in Brisbane in the 1950s. It is a smooth and silky blend of Bundaberg Rum, coffee and chocolate. In 1962, the Bundaberg Distilling Company acquired an interest in Frangos. Frangos went into liquidation in the late 1970s. In 1981, Bundaberg Distillery released the first locally produced and bottled Bundaberg Rum Royal Liqueur.

There are currently three variations in this collection: Aged 10 Years,     Port Barrel and Golden Reserve.

A limited release in 2008 to commemorate the distillery fire of 8th February, 1907 this 700ml bottle has distinctive labelling with a charred edge appearance as if burnt. The gift carton carries the story of the fire as described in the Bundaberg Mail. The rum has a smoke flavour, is dark in colour and is 40%. 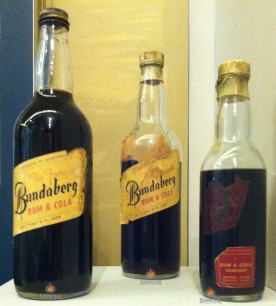