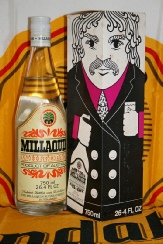 In 1968 the management of Millaquin Sugar Company decided to develop a new white rum unique to Australia and the equal to the very best white rums produced anywhere else in the world. The decision was greatly influenced by three factors.

Firstly, there was a very apparent growing market demand in Australia for light white rums. Secondly, Millaquin had access to the basic raw materials necessary for such a project. And thirdly, to a traditional Australian rum producer like Millaquin, it was a matter of national pride that Australia should produce a light white rum that would be the answer to the very best imported rums.

And so begun Project Millaquin. The first step was to form a special research team that could bring to bear the necessary expertise to make the project a reality. The team leader for the Millaquin Project would be Dr Alex Saranin. In 1970 however, Alex Saranin ceased employment with the company and was replaced as Chief Research Chemist by the legendary Dr Lou Muller. When Dr Muller took over he faced two issues. Firstly, there were no plans for the project left for him to follow. Secondly, he found that the pieces of equipment Dr Saranin had earmarked for Project Millaquin were spread all over the site and in an incomplete state.  Dr Muller would oversee the modification of the equipment and developed other equipment to better the process.

The search for a name for this new white rum would continue when in 1971, the following suggestions were put forward (we would assume some are suggested with a tongue planted firmly in cheek): 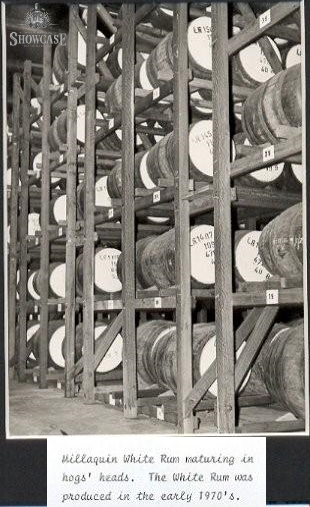 New bonds were erected to house the imported American Oak casks essential to the maturing process. It was then a matter of time. Time to allow the small oak casks to impart the discreet bouquet and exquisitely light flavour that would make Millaquin White Rum the equal of the very best white rums produced anywhere else in the world.

It was also about this time when the Millaquin engineers, assisted by outside consultants, began planning a modern bottling and packaging plant to be constructed adjacent to Millaquin's distillery complex. Special stainless steel vats and the latest bottling and labelling equipment were ordered and construction work began on the new building to house the plant.

The bottles used for Millaquin White Rum were designed and manufactured specifically and uniquely for Millaquin White. It was only after the phase out of the Millaquin White that these bottles were utilised for other lines by Bundaberg Distilling Company. The bottle sizes that were utilised for Millaquin over the course of its run were 1 2/3 Fl Oz (50ml), 5.3 Fl Oz (150ml), 13.2 Fl Oz(375ml), 26.4 Fl Oz (750ml) and 1125ml. Both the 375 and 750ml bottles were available in gift boxes which had a caricature of a 1970’s gentleman dressed in a black suit with a pink shirt. Two of the 750ml boxes placed side by side offered a full size picture. 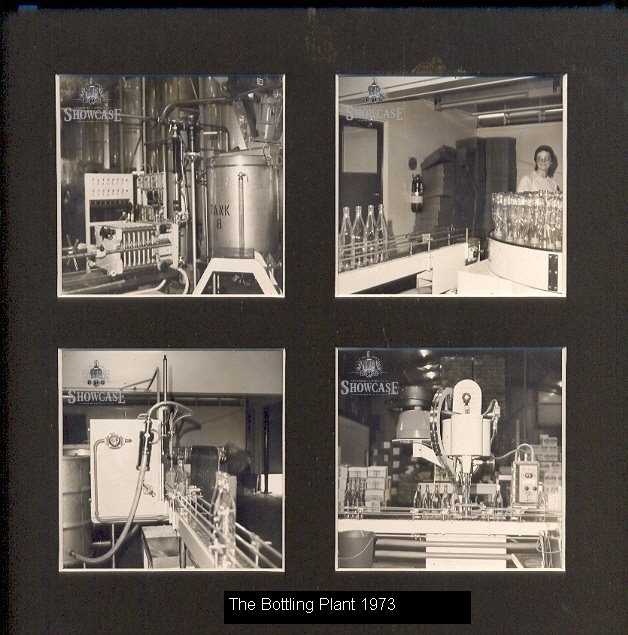 From January 1975 to the end of April of that same year, 25 enquiries from over seas were received, with samples being sent to each. However by May of 1975, only one order had been received, which was from New Guinea. This order was for 10 cartons of Millaquin. One company from the United States expressed an interest in the sample and requested more labels and two more samples to be sent. These would be given to various US authorities with the intent to seek permission to import the Australian white rum in bottled form. The opinion of the US was that despite the product being of good quality, the labelling was not up to US standards and did not pass inspection. 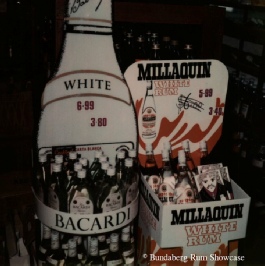 Millaquin Sugar Company chose to eventually market the product itself, which caused dissension with ARD and Sam McMahon. Millaquin maintained the product as a “Puerto Rican spirit” not covered by the ARD agreement, although, for duty and excise, it was legally still rum.

Many smaller merchants were ordering Millaquin from larger merchants, who did not have the right to distribute the new white rum. Instead, they were sending out Bundaberg White Rum which they still had on hand. John Sweeney, sales manager in 1974, urged that all the merchants in Brisbane be given the right to stock Millaquin White as they did with Bundaberg Rum. In this way he felt they could achieve a much greater distribution of the new white rum.

Millaquin White Rum failed to establish itself, and was fazed out in approximately 1976.

The Legacy of Millaquin White Rum

Despite the advertising and promotion issues, Millaquin also had problems to overcome in the marketplace. Not only did they have to compete against the very popular Bacardi, at the time Millaquin was released, “Southern Comfort” an American bourbon was really taking off in North Queensland, a key demographic for the new white rum. Without adequate and successful marketing, Millaquin was destined to fail in the face of such stiff competition.

The legacy of Millaquin White Rum lasts til today. Because of its development, BDC had for the first time access to a bottling plant which allowed them to begin bottling their own product instead of wholesaling to distributors. Millaquin White Rum bottles are highly sought after by Bundaberg Rum collectors today, with many Millaquin products taking pride of place in many a collection.