One thing that stands out when talking to former staff that were there at the time, and going through old documents, is that the advertising and promotion was seriously lacking when it came to Millaquin White Rum. In the feedback from various distributors such as Burn and Philps, Samuel Allen and Sons, etc, very often will you read comments such as “Millaquin is moving very slowly, increased advertising needed.” There were even suggestions for more live promotions and even changes suggested to the campaigns. Former employees tell us that the marketing should never have been left to the boardroom - as what happened with Millaquin White. There is also references in the records that the board members seemed to have held the opinion to just get the product out and the taste would speak for itself. Their opinion was to pin most of their hopes to word of mouth. Sad to see that the promotion for, what by all accounts was an exceptional product, was let down so badly by board room decisions of the time on marketing.

Below are some copies of proposed radio and television commercials for Millaquin White Rum. It is interesting to note that the catch-phrase “It's simply a matter of taste” is very similar to “A Matter of Taste”, used by Schweppes circa 1954 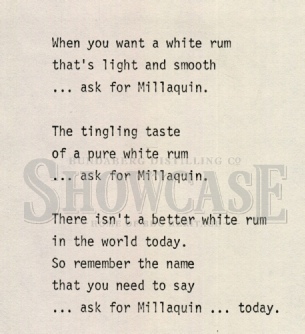 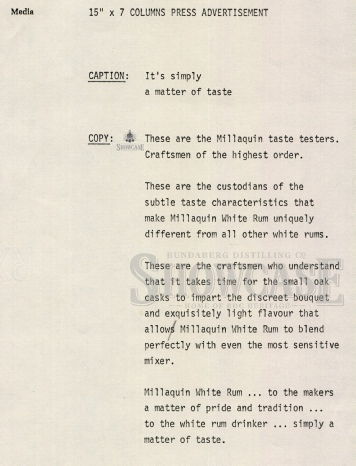 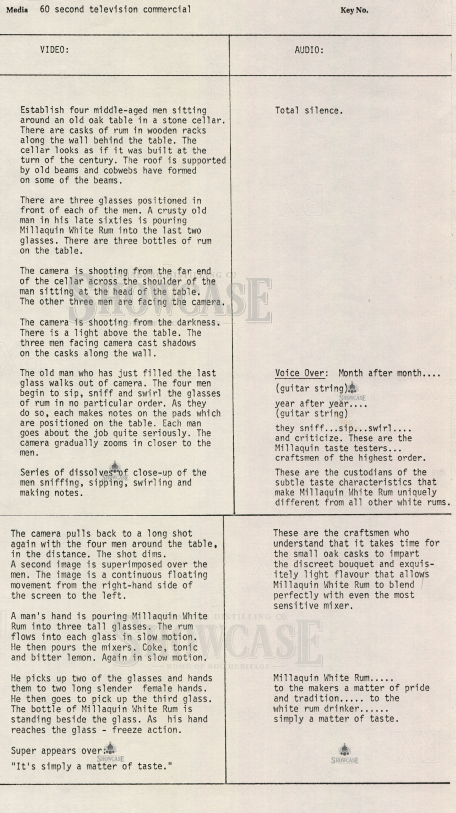 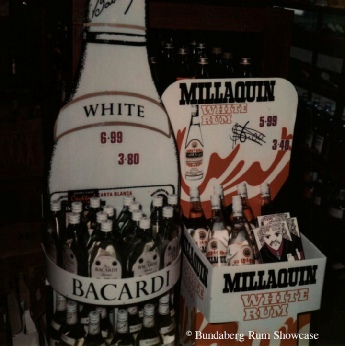 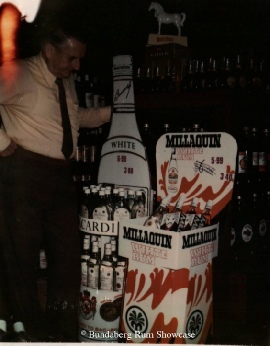 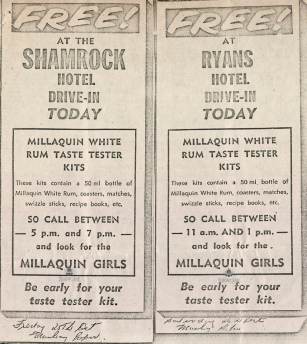 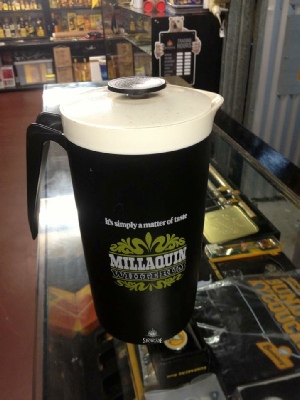 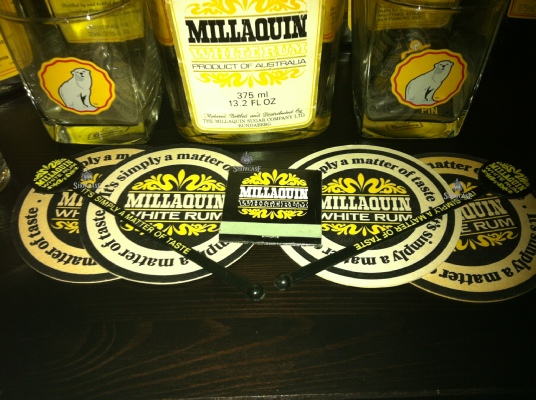