Details: Founding Fathers is a limited edition 5 year old rum that was finished in the famous Vat 009.  Vat 009 is the vat that housed the 1996 Bundaberg Black for many years.  This unique ageing process has produced a rum that is “Ultra Smooth” with a light caramel finish.  The bottle commemorates the “Founding Fathers” Buss, Barton and Nott who saved the distillery from liquidation in 1894.  Each bottle is individually numbered.  Production was limited to 54,000 bottles, however only 51,546 were produced.

Bottles with numbers in excess of the 54,000 have shown up, we can not explain these numbers.  It has been reported bottle numbers as high as almost 56,000 have been discovered.  This still remains a mystery!!

Variations:  All adults who purchased a bottle of Founding Fathers from the Bondstore on the day of the release were given free entry into the “Bundy Story” interactive experience at the Visitors Centre at the distillery.

After the Bondstore release the bottles were sold in liquor outlets nationally. 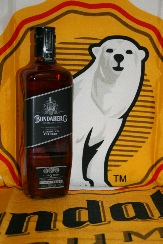